For this blog post I am going to do something a little different. While I normally like to focus on training trends, research and more of the sciency technical stuff, this is a bit more of a mind dump. On that note, I will try to keep things on some kind of a straight path, but prepare for some ramblings! I have been lucky enough to experience both sides of coaching and performance at a relatively high level. This weekend while watching some of our athletes take part in competition, there where a number of of mistakes or mishaps (from various teams) throughout the day. How an athlete deals with these can make a huge difference for their future performance, not only on that day but at events to come. So, I thought I’d put down a few of my own thoughts on dealing with mistakes in sport.

Are you Your Own Worst Critic?

I can 100% tell you that for the majority of my sporting life, I was. Despite playing rugby union, a game involving 14 other team members, I would place a disproportionate amount of blame / responsibility on myself if we didn’t play well. Even if we had played well and won, I can guarantee that there would be something about the way i played that I would focus on. To put it simple, I was that kid at school who cried after a game they had lost “because of an injury”.

I would hyper analyse anything and everything I thought I had done wrong, even something totally out of my control. I can remember one game in particular, where the bounce of a ball caught me completely off guard, resulting in a try for the opposite team. As a result, we went on to draw (yes draw!!) a junior cup final and had to share (yes really) the trophy. for about a week after I went over and over the incident in my head “I should have known it would go that way”, “I should have run faster and not let it bounce”, “If I was better I would have been there ready to catch it”. It even got to the point where at 20 years of age, my Mum asked the coach if he could stop me beating myself up?!

Okay, so being my own worst critic and analysing my game is one thing. But what about when genuine mistakes and mishaps happen? For example, mechanical faults. This weekend there was an issue with one of the boats steering. As a result the two athletes had a bit of a nightmare time and all the conversation after the race was about the steering. The funny thing about this? They still rowed a fast time and qualified for the final! Crazy right? Here are two athletes who have qualified for a final and yet are only focused on something totally out of their own control.

Mistakes happen and equipment fails, this is sport, these things are going to happen. The simple truth is, you cannot change a thing. It is done, it has happened now, there is literally nothing you can do. You are still the exact same athlete you where 5 minutes ago. You have still trained your heart out and achieved what you have achieved. In fact, you have probably grown as an athlete !

This is pretty much the phrase that changed my approach and mindset. I cannot control everything and when something does go wrong, I cannot change it. It doesn’t mean i am a bad athlete or that I don’t deserve to be playing at the level I am. When something goes wrong at a certain location, it doesn’t mean that venue is cursed for me.

I will still wake up – it’s not life threatening, it’s just a mistake and I am still the athlete I was.

The world will still turn – you cannot go back in time, so look to the next thing, rather than the past.

All a bit philosophical I know, but it got me through. The biggest thing? It let me enjoy my sport again.

As a Personal Trainer and Strength & Conditioning Coach in Berkshire I try and install this mindset into all of the athletes i work with. How? By ensuring they know that they are the best athlete they can be at this moment in time. Knowing this and approaching a game knowing this can be a huge help. 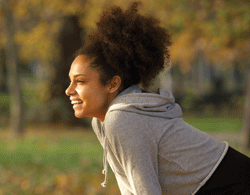