Following the lead of Brentford FC, Huddersfield FC have taken the decision to scale back their youth academy.  They will shortly get rid of all age groups below Under 18’s.  Moving forward Huddersfield FC will invest their youth budget in maximising the talent of their U18 and U23 age group squads.  With more clubs sure to follow, what are the implications for talented youngsters in the area?  How does this impact on youth athletic development?

All elite sports have some form of talent development pathway for junior athletes.  Professional sports often have elite junior academies in place, such as those within football.  The aim of these Academies is to identify and develop young athletes who demonstrate that they may have the potential to perform at the highest levels.  The efficacy of the Academy system has long been a point of discussion.  From identifying athletes through to maximising their development, every step of the youth athletic development process is not without pitfalls.

Making the numbers stack up in youth athletic development

The bottom line is that Academies rarely produce talent for their own top tier.  The financial cost of running an elite youth academy is huge, running into millions.  The return on this investment is only made if a player progresses through to the senior professional ranks.  In the case of Huddersfield only one player has progressed through to play first team football.  Clubs can also make money through the sale of academy players to other clubs.  However, the money generated via these sales means that many Academies run the risk of losing large amounts of money.  With many clubs chasing the best young talented athletes within a sport it may be prudent to buy the talent at a later age.  This is certainly a philosophical discussion that we had during my time at Saracens.  From a business perspective, was it time and cost efficient to simply buy talent that had been been developed elsewhere?  The risks may also be lower.  Being able to identify a future professional player when they are only 8 years old is always going to be a long shot.  Why not wait until they are older and see which cream rises to the top?

Despite cutting formal academy squads, Huddersfield will still run a community based football programme.  Such programmes encourage young people to engage in football and to improve their skills through a variety of sessions.  Community sports projects serve many social functions as well as talent development and therefore take place in schools, youth clubs as well as local junior / amateur teams.  Fostering a love of sport amongst local young people may encourage greater participation and sign ups at junior clubs.  In turn, this creates a bigger talent pool from within which talented youngsters can develop.

It is well documented that youth academies favour athletes that are older for their year group.  These athletes are much more likely, although not exclusively, to be more physically mature.  The influence of the relative age effect increases as players become older.  This trend often means that younger, slower maturing players may get overlooked despite having the potential to exceed the performance levels in adulthood of their early maturing peers.  If an Academy loses it’s junior squads then later maturers have more time.  Maturation issues are likely to be less obvious at 18+.  Therefore, I hope that more players get a chance to showcase their form.  Professional clubs may also get to see talent that could have ben overlooked at an early age.

Nathan Kelly
« Previous Post How Full Fat Milk Could Be Your Secret Weapon Next Post » How hard do I have to work to reach my fitness goal? 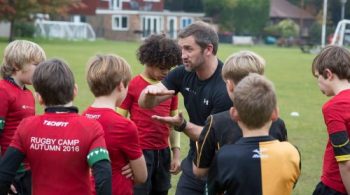 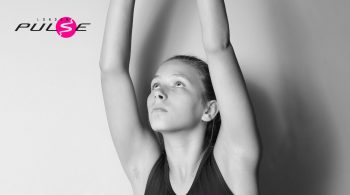