What are lifting shoes?

Olympic weightlifting shoes are specifically made shoes that have got a high heal and and solid support so your foot doesn’t move whilst pushing or pulling. You can put through your heal with more force and you will know that your foot isn’t collapsing in. You will notice the difference that these shoes give you. With my normal running shoes that I used to lift in. I could feel my foot collapsing because of the soft impact sole. Whereas with the olympic lifters you get a solid heel so that the force is transferred through the floor.

What I found after including olympic lifts in my routine

I have started to put more olympic lifts into my routine. Being able to do a snatch and being 6 foot 4 is quite hard. Having longer limbs I feel makes it a lot harder. Either way I had them in my routine now and I have already seen results in the way my shoulders have grown. Due to having to have the barbell above my head on an overhead squat. That is demanding and I feel I get more out of the OH squat that if I did shoulder press.

The core gets thicker and stronger due to having to have thoracic extension when you perform a Clean. Due to the lower phase of a clean being a deadlift, it works your lower and upper back. The catching phase of the Clean works your abdominal area.

All of the lifts involve the use off multiple muscles all working together to get the barbell above your head. You will start to see a difference in your legs, not just in strength but also in power.

All in all olympic lifts make you a better athlete in any sport of your choice.

Get a pair of lifters.

My advise is that if you are serious about adding major compound lifts into your routine. Get a pair of olympic lifting shoes. Don’t hold back, as I have been personal training in Windsor I have seen an increase of these shoes in the gym environment. Which is great because they will help you with form and your transferable strength into other sports.

Nathan Kelly
« Previous Post Quick decisions, opinion and how the body tells you to go for it Next Post » Rethink Your Deload Week and Reap the Rewards 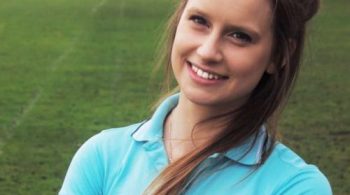